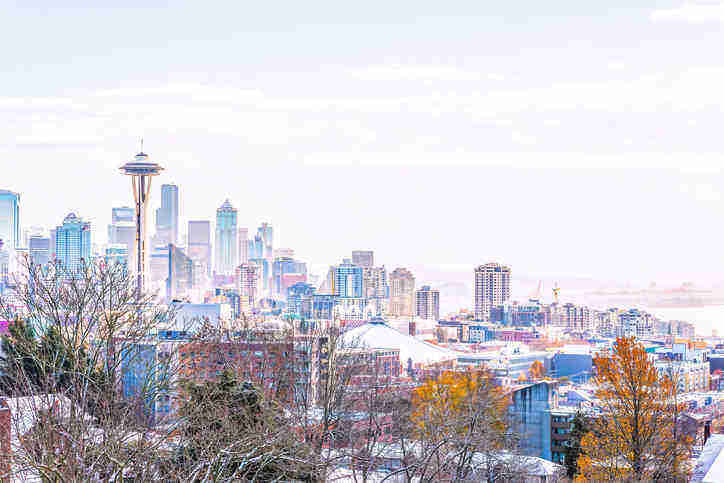 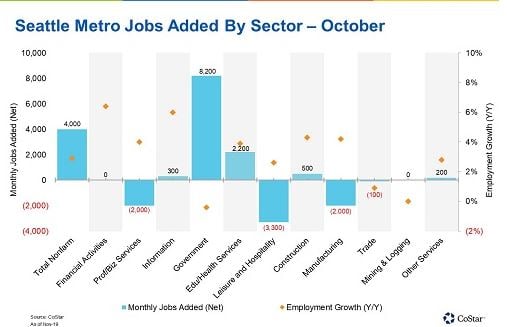 4,000 jobs were added to the Seattle metropolitan area in October, with the unemployment rate well below 4% for the year. Most job gains were concentrated in the government sector, with education and health services following closely behind. Microsoft, Facebook, Google, and Apple continue to add jobs in the region and will continue to do so for several years.

You may recognize the Washington Federal building as its small stature and 1960's-era style makes it stand out from all of the towering high-rises in downtown Bellevue. In early December 2019, the building was purchased by New York-based Clarion Partners for $53.5 million. The price works out to $1,202 per square foot; compare that to a high-rise development site across the street purchased in 2017 for $563 per square foot. The key difference is that Amazon recently leased two large office buildings across the street from the Washington Federal building, proving that Amazon's presence in Bellevue has made property in the city more desirable than ever. 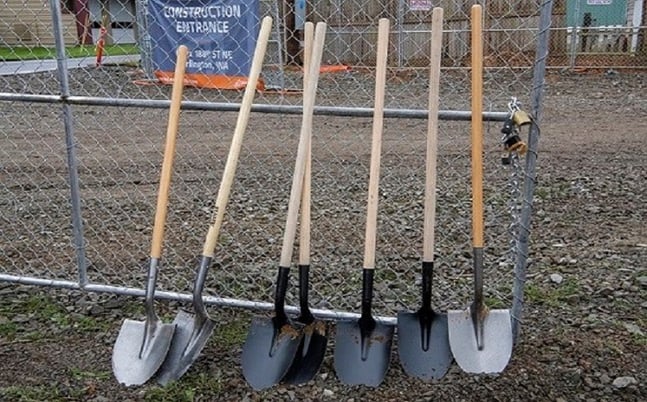 Now more than ever, commercial real estate investors are purchasing dirt rather than buying or developing buildings. Creating a ground lease entails separating a property from the land then renting out the ground to a developer on a long-term basis.This business practice has become increasingly popular as most major property types are starting to become very expensive, and these long-term leases are attractive to investors who want control of a building but also want to keep costs down. By selling the ground lease, investors typically can get back 30% to 40% of what they pay.