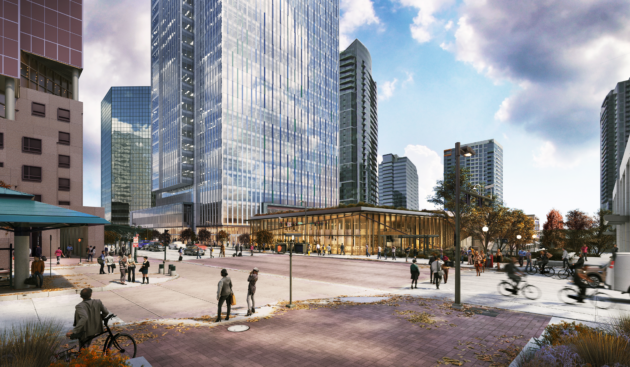 Amazon announced on Friday that it will be bringing an additional 10,000 jobs to Bellevue, WA. The Seattle-based company signed leases at two new properties being developed by Vulcan, 555 Tower and West Main, for a total of two million square feet of office space in downtown Bellevue. Construction on both buildings is expected to be completed by 2023. Amazon also revealed it is developing a 27-story office tower at its Bellevue 600 project, in addition to the 43-story tower that is already planned for construction. This project is scheduled to be completed in 2025. Amazon employs more than 50,000 people in the greater Seattle area and, after a tax battle with the Seattle City Council last year, announced plans to moves its worldwide operations to Bellevue. Amazon real estate chief John Schoettler called Bellevue “a growing, business-friendly community with great amenities, a high quality of life, and a fantastic talent pool.”