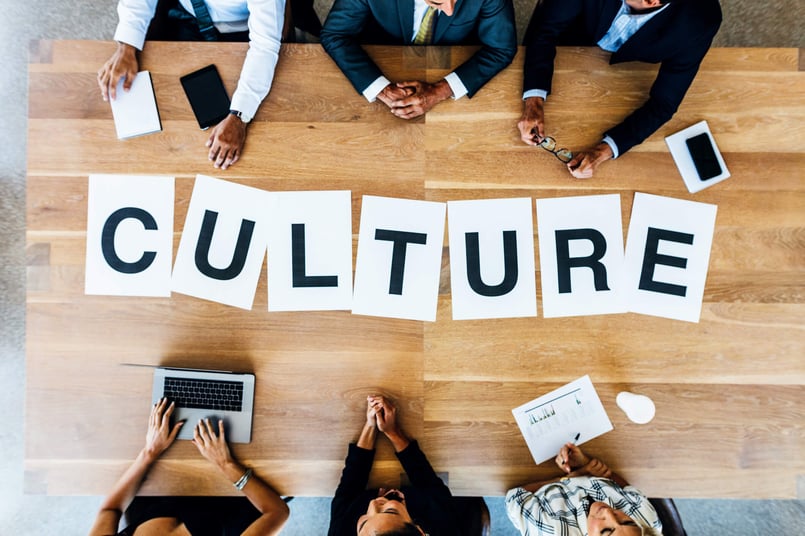 You might have come across this article while browsing LinkedIn for a new job opportunity, or perhaps a Google search led you to our blog. No matter how you found this, I hope my words can inspire you and show you that taking a risk with your career can be both the most intimidating and most rewarding decision. When I left my previous employer, I was terrified. It was all I had known for almost 13 years, but I knew I needed to find a company whose core values aligned with mine, whose leadership team included women, a company with a strong and welcoming culture. By taking that leap and finding SMARTCAP, a company that feels like home, I know I made the best decision for my present, and for my future.

My name is Laura Holloway and I’m a feminist. For so many decades, the word “feminist” has induced images of radical man-haters with protest signs and, for longer than I’d like to admit, I did not want to be associated with the concept of feminism. I have a father who worships my mother, I have great friends in my life who are men; why would I want to bash these men who have been such positive influences in my life? It took years for me to understand that to be a modern woman was to be a feminist, and feminism comes in all different forms. Just because I have a father who treats women the way I believe all men should treat women, and that I have friends of the opposite gender who don’t make me feel like I owe them anything other than friendship, doesn’t mean that I should have to accept unfair treatment from men that I encounter in other aspects of my life. It took me longer than I’d like to admit coming to that realization.

My first job was at a “family” company. I put family in quotations because that’s what they liked to be known for, always telling new employees, “When you’re here, you’re like family”. I also happened to have a very close relationship with many people in positions of power at the company, as I had grown up with one of their children. It was really the only job I knew from eighteen to my early thirties, and I always trusted that the people in charge had my best interests in mind. For so many years, I went along with whatever I was told because I trusted that these people I had looked up to since I was a teenager would have my best interests in mind. I want to acknowledge that I am also responsible for staying at a company I was unhappy with, and I think that is something that so many people experience. The idea of leaving a job I was so comfortable with, the only company I had known for my adult life, felt very daunting. The few times I did express my unhappiness there, I was told things would change and that I would be taken care of, which made me stay much longer than I should have. You want to believe that the people around you have your best interests in mind, but that’s not always the case, and it was up to me to take my life into my own hands and make a positive change.

I began to look around at the people in leadership positions in the company- anyone from management to ownership- and realized the one thing they had in common was that they were all men. Most of the women in the company were relegated to the back office, many of us did the same jobs as the men in our department but women had “assistant” tacked onto their title, which affected so many things, from our pay to the way clients treated us. I can’t tell you how many times I was asked to assist a client and if I gave them an answer they didn’t like, they insisted on “talking to a man” instead. I would get a male colleague and they would provide the client the same information I did, but coming from a man, the answer was acceptable. While my male colleagues often commiserated with me as much as they could, it was clear that I was a woman in a man’s world and no matter how long I had been with the company, or how many questioned I correctly answered, I would always be a second-class citizen.

It was in early 2019 that I knew I was ready for a change. When I began my job search, I looked specifically for companies with women in leadership positions. Something that drew me to SMARTCAP right away was that our Director of Finance is a woman. To see her listed among the other employees on the website- and she was the one in charge of the money! (of course, her job is much more nuanced than that)- really made SMARTCAP stand out to me. When I accepted the job offer at SMARTCAP, I was so excited to work for a company that clearly values women. The decision to work here has not only positively affected my work life, but it has also made me feel empowered in so many other aspects of my life.

Tim Shoultz, SMARTCAP’s founder and CEO, might not be the first person who pops into your head when you hear the word “feminist”, but did you know that his company is almost 54% female? I must admit, before I began working at SMARTCAP, my assumption was that real estate is a man’s world, and if I was going to be in that world, I would always be an assistant. However, it was clear to me in just the first few weeks of starting my job here that SMARTCAP sees men and women as equals, that people are promoted not because of their gender but because of their hard work and drive. Tim was very intentional with who he chose to be part of his Executive Team, and it is important for him to have women in positions of power and leadership.

While I was hired as an Executive Assistant, my experience being an “assistant” at SMARTCAP was vastly different from my previous employer. From day one, SMARTCAP leadership and all its employees made me feel like my opinion was valued, and they have made me feel empowered every day since. I have always considered myself to be intelligent, well-spoken, and full of opinions that matter and should be shared. I went from more or less being told to look pretty and let the men handle the clients to being encouraged to voice my opinion to a room full of people! I couldn’t believe that not only were people excited for me to share my opinion, but they also took what I said into consideration and for the first time, I knew I was making a difference. Tim and our Director of Finance, Leslie Neel, have mentored me and guided me over the past three years, and because of that strong leadership, my title has gone from “assistant” to “manager”, something I never thought would be possible at my previous company.

I am so grateful to work for a company that celebrates women, and especially grateful to Tim. I went from feeling timid and, to a point, subservient to men, always afraid that my idea would never be good enough, or that I wouldn’t be taken seriously because of my gender. Now, I feel empowered to speak up, to ask for what I want, and to make my voice known. Thank you to Tim, and the countless other CEOs, for believing in women, for encouraging women, and for building a company where men and women are seen as equals, which is all that a feminist could ask for.

If my story struck a chord with you, take this as a sign that the right career and company is out there! If you had told me three years ago where I would be in my professional life, I might not have believed you. All I knew was that it was time for me to take my life into my own hands and find my happiness. When searching for a job, I would encourage you to really look at the company culture of your potential employer. Look at who is part of the Leadership/Executive Team- are those the people you want mentoring you? Will they support you, encourage you, and provide the tools for you to grow in your career? Take a leap of faith- change is not easy but it brought me to a company where I feel supported, heard, and made to feel like my opinions matter. Everyone deserves to feel this way in their career, and I hope you can all find your own SMARTCAP.